Has your claim for employee benefits been denied?

I know the relevant laws for both types of claims, and how employers and insurance companies try to get around them.

ERISA claims, in particular, are subject to a number of pre-suit pitfalls that you would not expect, but that employers and insurance companies can exploit to decrease your chances of winning your claim. That's why it is so important to contact The Johnson Law Firm as soon as your benefits claim has been unfairly denied.

I have deep experience advocating for clients whose claims for employee benefits and for insurance benefits have been wrongfully denied. Insurers and claim administrators sometimes misuse rules or regulations, or find loopholes, or stretch their interpretations of the policy, the plan, or the evidence, as far as they think can get away with. Until they are confronted with an experienced attorney who knows the law and wields it to the client's advantage. If your claim for short-term disability (STD), long-term disability (LTD), health, life, or accidental death and dismemberment (AD&D) benefits has been wrongfully denied or denied in bad faith, you may need the legal representation to obtain those benefits that I can provide.

What effect does ERISA have on my claim? 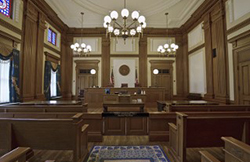 ERISA provides minimum standards that employers and claims administrators must meet to ensure that participants in an employee benefit plan are provided with plan information, that those plans are administered reasonably, and that employees or their families receive all legally-due employee benefits. Among those standards are detailed requirements for a full and fair review of your claim for benefits, including what is commonly referred to as an "administrative appeal" before a denied claim can be reviewed by a court.

How can James L. Johnson's experience improve your chances of winning a claim?

With my long experience with ERISA cases, I can help you make the most of the administrative process or of any later litigation. I have a proven track record, including a number of reported decisions from federal trial courts in Texas and the federal appellate court with jurisdiction over those trial courts.

Insurers and claim administrators may be tempted to cut corners procedurally. The courts sometimes refer to such efforts during the administrative process as "sandbagging."

I know the regulations and rules that are designed to impose a degree of fairness on both the administrative and litigation processes. I know how to use them to fend off such sandbagging, and to use such sandbagging as evidence that a claim was improperly denied.

ERISA is the acronym for a federal statute, the Employee Retirement Income Security Act of 1974.

Which employers are subject to ERISA?

ERISA covers most employers other than governmental entities (such as independent school districts) and church organizations.

What kind of employee benefits are governed by ERISA?

What if you are being denied a full and fair review of your claim?

The Department of Labor has formulated a number of detailed regulations that govern ERISA claims. Every employee benefit plan must establish and maintain reasonable claim procedures. Those claim procedures must not be administered in a way that unduly inhibits or hampers the initiation or processing of a claim.

If the plan has failed to provide a reasonable claims procedure that would yield a decision on the merits, that issue can often be raised as part of an administrative appeal. On occasion, the procedural violations can be so significant that the claim can be presented to a court before completion of administrative appeal.

Is your claim defeated by a consultant who disagrees with the doctor treating you? 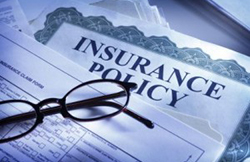 Insurers and claims administrators often try to perpetuate a myth that they can ask a hired or in-house medical consultant to review your medical records and other information, that the consultant can disagree with your own doctor (such as on the question of whether you are disabled), that they can rely on the consultant's opinion to deny your claim, and that they will always win what the courts sometimes refer to as a "battle of the experts."

Do you have any remedy for a misleading summary plan description?

The Department of Labor has formulated a number of detailed regulations that govern summary plan descriptions. Those regulations require circumstances that would result in the loss or forfeiture of benefits to be clearly identified. Those regulations disallow misinformation and misleading wording.

Violation of these requirements can lead a court to interpret the summary plan description in the claimant's favor. I have experience arguing these points in administrative appeals and in court. Examples are presented in the reported decisions in Koehler v. Aetna Health, Inc. and Thomason v. Metropolitan Life Ins. Co., listed below.

Under a recent Supreme Court decision, failure to satisfy these requirements can lead a court to determine that employees who suffer financial injury are entitled to equitable relief, which can take the form of a monetary award known as a surcharge.

An example is presented in the reported decision in Thomason v. Metropolitan Life Ins. Co., listed below.

In what parts of Texas does James L. Johnson take ERISA cases?

I take ERISA cases from anywhere in Texas. If litigation becomes necessary, ERISA claims can be filed in federal court. ERISA cases are usually decided on the basis of written motions, and all the federal courts in Texas use electronic filing of such motions and other submissions. Travel to the courthouse is seldom necessary.

I am admitted to practice in all four of the districts into which the Texas federal courts are organized. 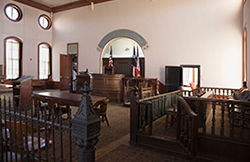 Some insurance coverage, such as an individual policy or automobile policy, or a group policy of an employer that is not subject to ERISA (such as governmental entities and church organizations) is not governed by ERISA and is instead subject to Texas law. The Texas Insurance Code and Texas common law provide several remedies for improper or bad faith insurance claim denials or misrepresentations made to sell insurance coverage.

What effect does Texas law have on my claim?

Texas law offers several advantages over ERISA. In addition to a claim for benefits under the policy, Texas law allows a "bad faith" claim against an insurer. Damages for a "bad faith" denial of benefits can result in an award of three times the amount of benefits. Penalty interest of 18% of the benefits also available. Claims under Texas law can be tried to a jury.

The stakes are higher, and the outcome is often more uncertain, under Texas law. As a result, cases under Texas law tend to settle at a higher rate than ERISA cases.

What is a "bad faith" denial of benefits?

Texas law imposes liability upon an insurer under common law for what is known as a "bad faith" cause of action. Liability arises from the denial of a claim without a reasonable basis. That aspect of the common law claim has been codified into the Texas Insurance Code.

Can an insurer insulate itself from "bad faith" liability by relying on an expert?

The mere fact that an insurer relies upon an expert's report to deny a claim does not automatically prevent the claimant from winning a bad faith claim. Liability cannot be avoided when the evidence shows that the report was not objectively prepared or that the insurer's reliance on the report was unreasonable. In those circumstances, the insurer's reliance on the report may be a pretext to deny the claim without a reasonable basis or without determining whether its liability had become reasonably clear.

I do not handle workers' compensation cases.

Don't suffer in silence. Find out if there are legal remedies to compensate you for your loss. You will find a caring professional at my office and together we will help you get through this challenging time.